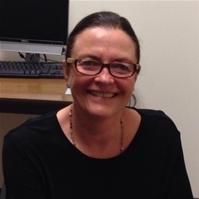 Radha (Carol Whitfield Ph.D.) studied Advaita Vedanta and Sanskrit with Swami Dayananda Saraswati in India during the 1970’s.  Since returning from India, she has taught Vedanta extensively on both coasts.  She is a university professor and a Jungian-oriented clinical psychologist.  She now teaches Vedanta in Berkeley California.

She has an M.A. in Sanskrit from the University of California, Berkeley (1982), a Ph.D. in Phenomenology of Religions from the Graduate Theological Union (1992), and a Ph.D. in Clinical Psychology from the San Francisco School of Psychology (1997).

She was one of the founders and the administrative manager of Sandeepany West, Institute for the Study of Vedanta and Sanskrit, located in Piercy, California, and later, of Arsha Vidya Gurukulam, Institute for the Study of Advaita Vedanta and Sanskrit, in Saylorsburg, Pennsylvania. One of her primary interests is the synthesis of Western psychology and Eastern spirituality. She is a clinical psychologist with a private practice in Berkeley, California.